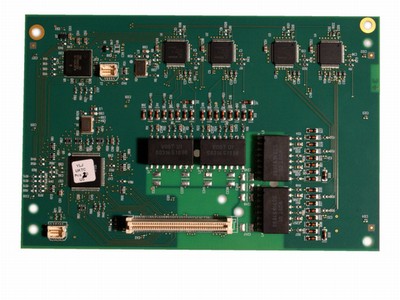 This type of card can be added to an IP500 Digital Station card, IP500 Analog Phone card, or IP500 VCM card. It allows that card to then also support primary rate digital trunk connections. Available in single and dual versions the IP500 PRI card provides single and dual primary rate trunk interfaces respectively. The PRI is configurable for T1, E1 or E1R2 MFC use depending on the territory.

Details of the supported ISDN supplementary services and protocols for each PRI are given in the 'Public and Private Voice Networks' section.

The IP500 Universal PRI trunk cards incorporate an integrated CSU/DSU. The CSU function allows the trunk to be put in loop-back mode for testing purposes. This can be set manually, using the monitor application, or automatically from a Central Office sending a Line Loop Back (LLB) pattern. The DSU function allows the T1 trunk to be shared between data and voice services.

Here is a summary of the capabilities of these cards:

These cards are compatible with the current IP500 Avaya IP Office system.