Nortel IP phones, VoIP telephones represent the next generation of business phones from a world leader in business telecommunications. 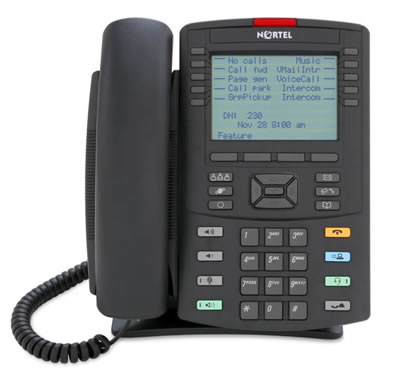 Nortel IP phones or VoIP Internet Telephones are supported by a variety of Nortel Networks communication systems such as: Business Communications Manager (BCM), 50/200/400/450, IP-enabled Meridian 1 and Meridian SL-100 systems (with Internet Telephony Gateway cards installed), Nortel CS 1000/2000/2100, MCS 5100/5200, Media Gateway 1000B Expansion, Survivable Remote Gateway SRG/SRG50, and Succession Communication Servers. Please note that some Series models only work with one or a select number of these platforms so be sure to order only Nortel IP phones that are compatible with your Nortel Networks system. Please note - While Nortel VoIP telephones are generally NOT compatible with other VoIP manufacturers equipment, they ARE now compatible with Avaya IP Office version 7.0 and can be retained in a Nortel to Avaya conversion.

The difference between a Nortel VoIP phone and a traditional Nortel system is that VoIP phones utilize IP network bandwidth and traditional digital phones rely on traditional phone lines. When you speak into a VoIP phone, your voice is converted to an electronic signal which is then broken down into packets, compressed, and sent toward its' final destination by various routes depending on the most efficient paths on your data network or the internet. At the receiving end, the packets are reassembled, decompressed and converted back into a voice signal by hardware and software.

For more information on these feature-rich Nortel IP phones, please click on the links below.

The Nortel 1200 Series IP Telephones is an exciting line of IP phones designed for Communication Server 1000 and BCM 50. Nortel 1200 IP telephone is a cost-effective IP deskset offering specifically optimized with values and features. The Nortel IP Phone 1200 series is an innovative portfolio of IP Phones which include multiple softkeys, integrated speakerphone, advanced audio-quality technology for crystal clear conversations, headset support and an integrated Ethernet switch for single desktop wiring. The sets can be easily customized for advanced users.(more...)

The i2000 Phase 2 series of VoIP telephones represent the cutting edge in Voice over IP technology. Packed with all the business communications features one expects in a high-end business phone, the i2000 series is compatible with a wide array of Nortel phone system platforms including BCM 50/200/400/450, Nortel CS 1000/2000/2100, Meridian 1, MCS 5100/5200, Media Gateway 1000B Expansion, and Survivable Remote Gateway SRG/SRG50. (More...) 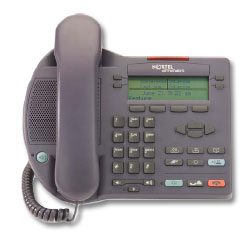